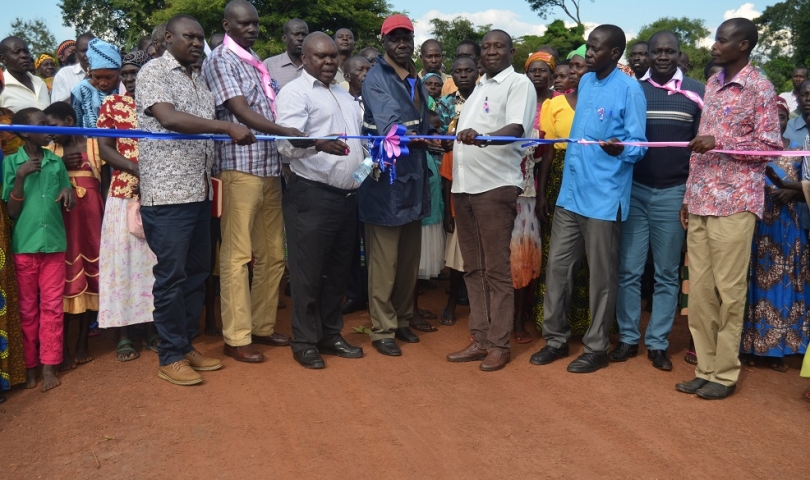 Local peasant farmers in Apac do not now need to travel to towns looking for market for their produce as buyers follow them in trading centres created along roads constructed under the Third Northern Uganda Social Action Fund.

Otimoi revealed that small trading and produce buying centres were cropping up along the newly built roads in the rural areas of Atana parish, Apac subcounty. He was speaking during a launch/handover ceremony.

“I am happy Uganda Bureau of Standards are accessing the villages using NUSAF3 roads to crack on those cheating farmers using their fake weighing scales/machines and counterfeit products,” otimoi noted.

District Internal Security Officer (DISO), Mr Ojuka, who represented Resident District Commissioner, challenged the community to ensure regular maintenance of the roads since they were handed over to them.

“Use the roads well, avoid rolling ox-plughs on the roads, double your efforts to cultivate crops so that produce dealers follow you here for better prices,” Ojuka advised.

District Engineer, Nelson Okello tasked the community members to maintain the roads until July next year that the district will take over (2020/2021 financial year).

“Roads are the engine of development. Avoid being idle, make the best use of these access roads by having products or services to be sold to other road users,” Okello said.

Emmanuel Awio, PAS, who represented CAO, advised farmers to keep their produce in stores so as to attract lucrative prices as they sell in bulks. “Do not hurry to sell at farm gate prices, cheaply, be patient until prices soar,” Awio advised.

The Secretary Education and Health, Tonny Jasper Odongo, who stood in for District Chairman,  said that the good roads will promote access to education, health and other services to better the lives of the rural communities.